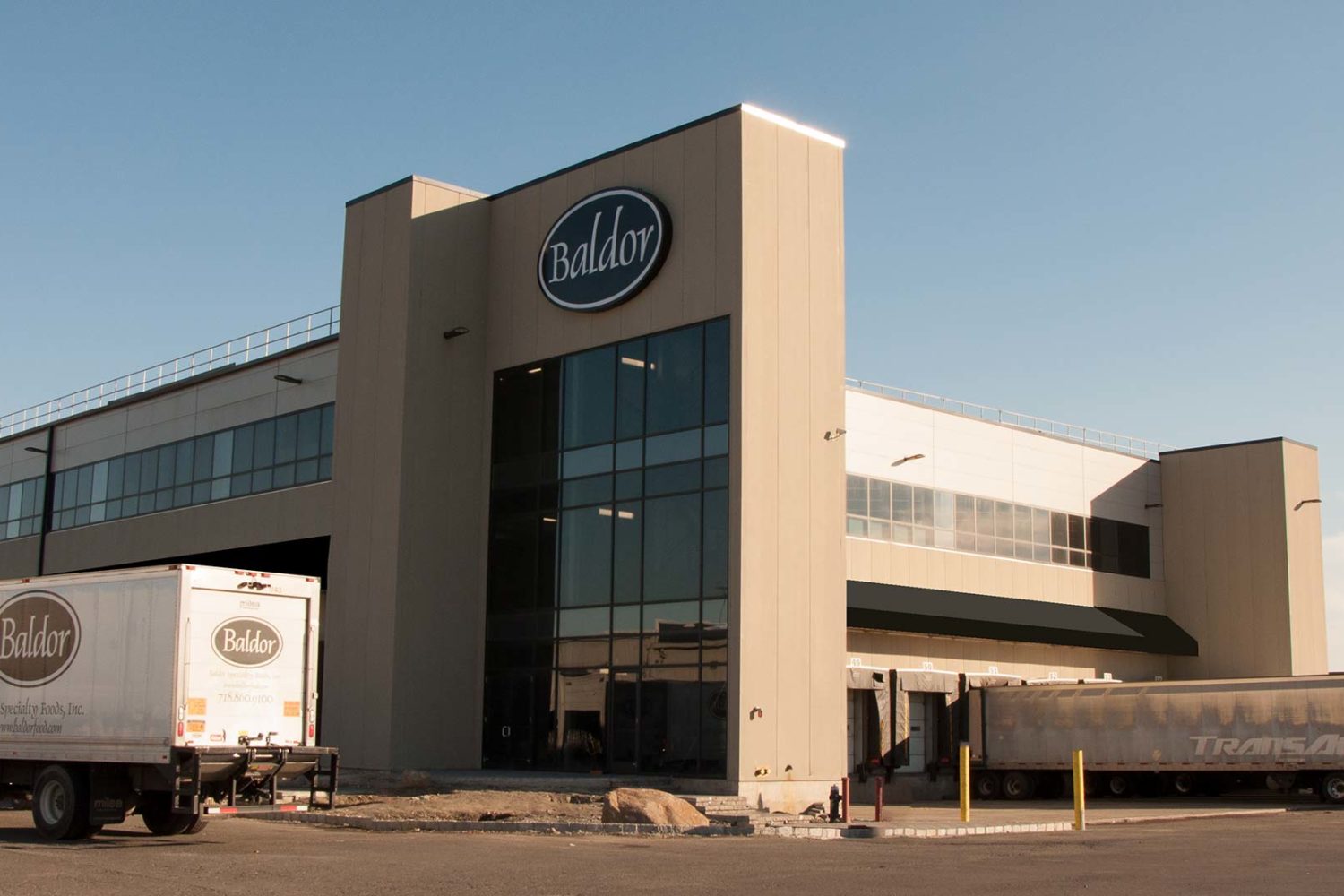 “This expansion will help Baldor increase its product lines with new fruits and produce to serve the area’s top restaurants and grocery stores,” says Michael Muzyk, president, Baldor Specialty Foods. “Dresdner Robin’s incredible design added 42 loading docks and 300 parking spaces to the facility and they worked diligently to ensure construction did not interrupt our 24/7 operation.”

Baldor Specialty Foods is one of the largest importers and distributors of fresh produce and specialty foods in the Northeast and Mid-Atlantic regions, employing nearly 1,600 people. It curates and delivers fresh produce, meats, dairy and organics to stores and restaurants within a 120-mile radius of its Hunts Point facility.

“We are very happy that our innovative design will help Baldor better serve its diverse set of customers,” says Joseph Mele, director of engineering, Dresdner Robin. “Baldor has some of the best food in the world going out to prime restaurants across the country. Our expert team worked hard to minimize disruptions to the facility. We created an engineering timeline that allowed Baldor to remain open 24 hours per day, seven days per week during the design and construction process.”

The construction and engineering of this project is being done in two phases. The first phase of the expansion is complete and is fully operational. Construction is nearing completion on the second phase, with 30 additional loading docks being added to the facility.

Dresdner Robin was chosen for the expansion project because of its history and expertise in land-use consulting and design. Beginning work in 2015, the firm created a multi-phase plan for design and construction at the site. The parcel of land is owned by the New York Economic Development Corporation, so Dresdner Robin worked with the city to gain approvals and permits on all construction and engineering services on the site.

“During the construction phase of the project we found many unforeseen obstructions such as subsurface utilities and remnant structures that caused our team to redesign the project on the fly so the project can keep moving forward and hit our targeted deadlines,” says Rob Laner, assistant project manager, Dresdner Robin.

Other engineering challenges included high ground water on the site, requiring substantial dewatering for excavations, as well as a 42-inch gas line and 24-inch gas line from the adjacent Con Edison site that the team had to design and construct around.

Dresdner Robin partnered with the architectural firm, Cybul Cybul Wilhelm (CCW), on the design of the expansion.

“We worked closely with the architect, CCW, on this project to ensure that our visions matched to create an ideal expansion for Baldor,” continues Mele, of Dresdner Robin. “We’ve worked with CCW on numerous projects and recognize the importance of a strong partnership between the engineering firm and architect on large projects such as this.”

Baldor has operated its Hunts Point, N.Y., facility since 2007, situated in the Hunts Point Food Distribution Center in the South Bronx. This center is comprised of over 155 public and private wholesalers, including the Hunts Point Terminal Produce Market, the Cooperative Meat Market and the New Fulton Fish Market, which generates more than $3 billion in sales annually combined.

About Baldor Specialty Foods
Baldor Specialty Foods is one of the largest importers and distributors of fresh produce and specialty foods in the Northeast and Mid-Atlantic regions. Beginning as Balducci’s fruit stand in Greenwich Village in 1946, Baldor maintains its original promise – to curate and deliver the best and freshest foods in the world. Baldor seeks to provide great specialty foods and logistics that give their customers an edge.
https://www.baldorfood.com/