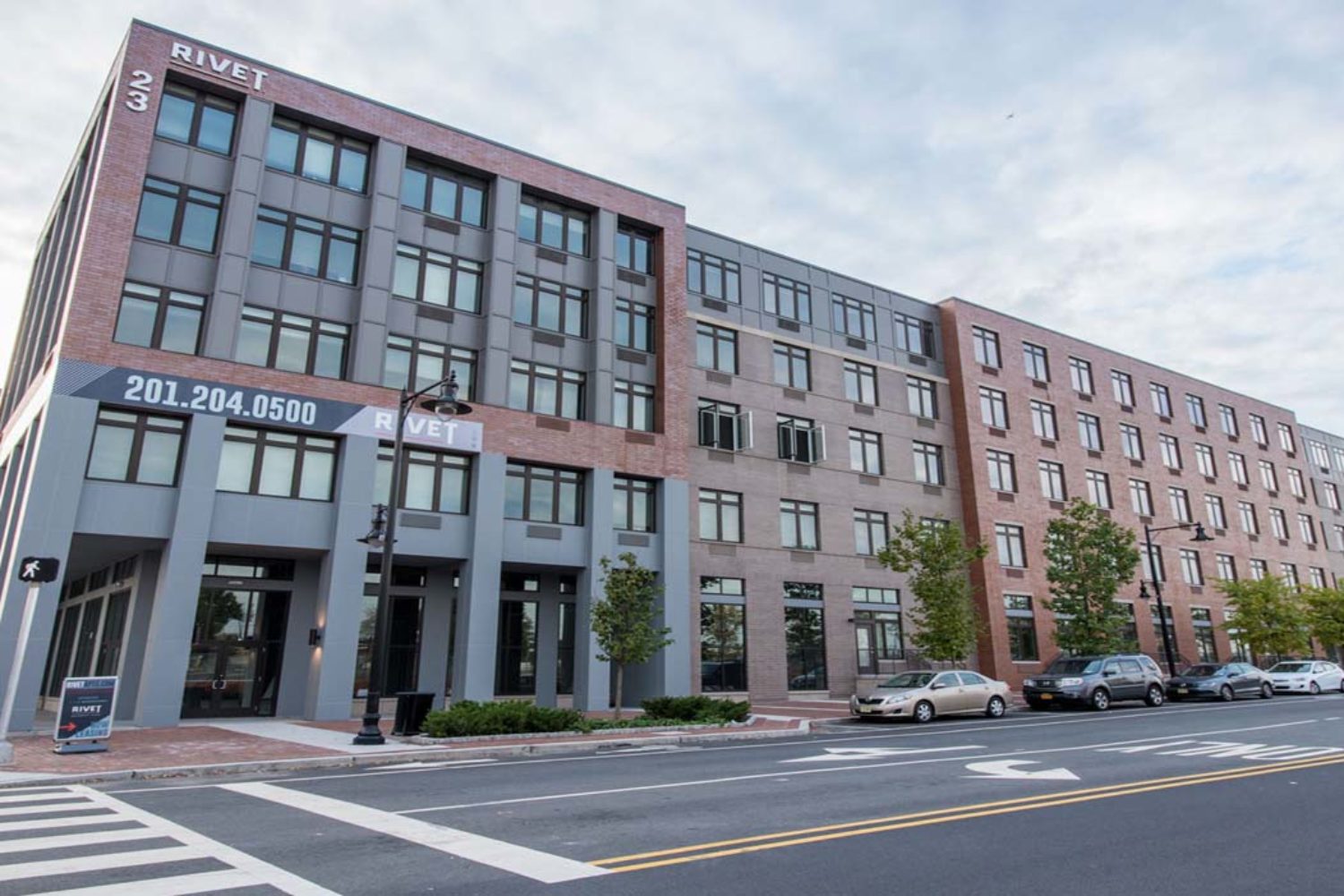 JERSEY CITY, N.J. – March 5, 2019 – Dresdner Robin, a leader in urban design and development, has completed site and landscape design, permitting and construction administration services on Jersey City’s newest luxury apartment development, RIVET, a 163-unit complex that was completed in late-2018. Developed as part of a public-private partnership (P3), the project continues the transformation of the city’s West Side neighborhood.

The $50 million complex is situated along West Side Avenue at 23 University Place Blvd., and is just one component of University Place, a master redevelopment plan for an eight-building site spearheaded via public-private partnership. Cooperative efforts between New Jersey City University (NJCU), Jersey City, The Hampshire Companies, Claremont Companies and Circle Squared Alternative Investments will ultimately result in a district with over 1,000 market rate units and 100,000 square feet of retail space, a vibrant performing arts center, cafes, theaters and recreational spaces.

“RIVET has played an essential role in launching the transformation of Jersey City’s West Side, offering a luxury housing option at an affordable price point,” says Richard Sciaretta, director for Claremont Companies. “This artfully crafted complex will be in high demand for years, and we are happy to be a contributor to this valuable partnership.”

University Place is a direct result of collaboration between the New Jersey Legislature, local government, NJCU and the local business community. Various dignitaries – including Jersey City Mayor Steven Fulop, the Jersey City Municipal Council and NJCU President Sue Henderson – have praised the collective efforts around University Place. Henderson called the partnership a “game-changer” that is “transformative for both NJCU and our local community.”

“Dresdner Robin is proud of the wide-ranging services it has provided for University Place – no doubt a transformative project,” said Dresdner Robin Project Manager, Engineering, Robert Byra. “While it required extensive coordination with the university and the design team, RIVET certainly stands out among our portfolio, based on both scope and its direct, and immediate, contribution to the city’s West Side.”

As a result of the successful collaborations between Claremont Companies and Dresdner Robin, the two corporations have completed plans for a similar mixed-use development within the redevelopment area along West Side Avenue, which is expected to start construction in early 2019, and are in discussions for other projects envisioned with NJCU’s West Side Campus project.