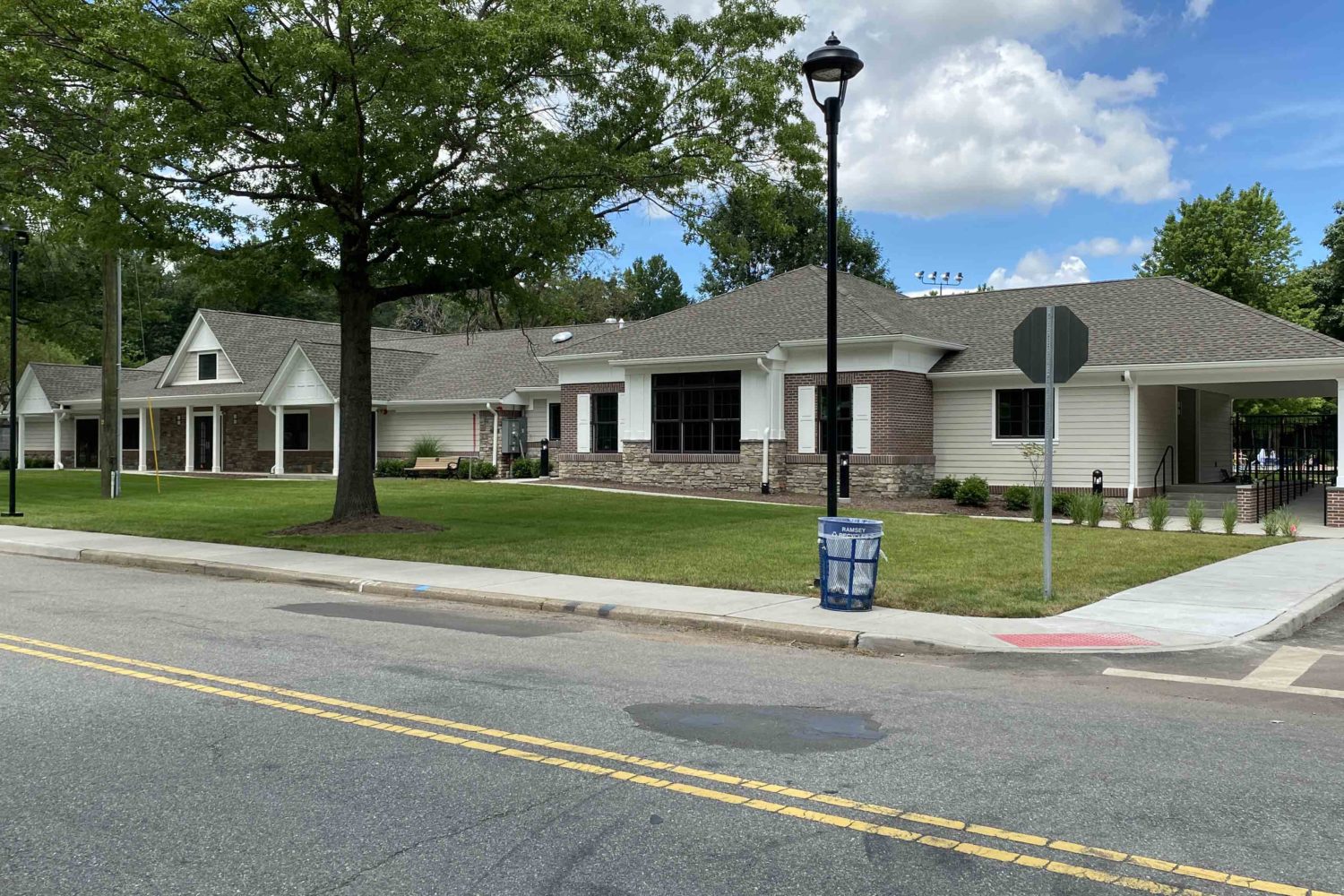 Dresdner Robin, a leading land-use consultancy based in Jersey City, N.J., announced it has completed design and site work on a 20-acre property surrounding Ramsey, N.J.’s municipal pool, which includes a new, 2,300-square-foot senior center. Construction and site work began in late 2019 and is nearing completion.

The redesigned complex, located at 75 East Oak St., features a new pool house as well as new public recreational facilities. Dresdner Robin also designed a stormwater basin to mitigate flooding and runoff, various landscape elements, and expanded and reconfigured the parking facilities. A new, 50-space parking lot was added for the senior facility while an opposite lot serving the pool was expanded and improved.

“Dresdner Robin did an excellent job redesigning our recreational complex,” said Ramsey Borough Administrator Bruce Vozeh. “Their team was able to secure requisite approvals and bring numerous design elements to this sizable space. We look forward to bringing residents of all ages to the pool and senior center, in accordance with CDC guidelines and directives from the Governor’s Office.”

Before work could begin, Dresdner Robin obtained multiple approvals from the New Jersey Department of Environmental Protection (NJDEP). The flood-prone site’s environmentally sensitive areas include freshwater wetlands, riparian zones and a flood hazard area. As such, Dresdner Robin successfully obtained a Flood Hazard Area (FHA) Individual Permit from the NJDEP, requiring a study of the Valentine Brook, which runs through the property.

“This was a crucial project to update and expand recreational facilities for Ramsey. Our site improvements complemented the new structures and we look forward to seeing the borough utilize them,” said Grant Lewis, senior project manager, engineering, at Dresdner Robin. “This will be a site of great value to the community – both as we recover from the pandemic and over the long term.”

Dresdner Robin also secured other permits, including Freshwater Wetland General Permits, and a certification from the Bergen County Soil Conservation District, in support of the improvements. The project also required extensive analysis and compliance with a “zero-net fill” restriction.

Following initial stages, Dresdner Robin continued to support the borough with construction administration and oversite of the proposed work. Dresdner Robin coordinated with Blueline Architecture of Wyckoff, N.J., the project’s architect of record, to implement site improvements, including entryways and parking access.